Once again we were out to dinner with Jason and Sora and I did not have my journal! Jason told me that he was going to get me a chain and hang it around my neck. Or next time, they would call me and make sure that I brought it before going out to eat!

Anyway, we were sitting at The Oak Door, a fantastic steak restaurant in the Grand Hyatt Tokyo and the two couples at the table to my right had just finished dinner and left. The wait-staff whisked over and cleared the table. All of a sudden the maitre d came over holding what appeared to be a silver water pitcher or a watering can – the spout looked large. He started squeezing the handle while holding it upright and water sprayed all over the white tablecloth. Then, behind him a server with a cordless iron quickly and efficiently pressed the cloth while still on the table. A slight bit of steam rose from the flat surface, further mesmerizing me. The bus-staff re-set the table and in minutes, the next group of four was seated.

I laughed until the tears were streaming down my face. Jason Sora and Marc were laughing too, but it might have been at me. It really was amusing. You know it IS impossible for me to eat unless I have a perfectly pressed white tablecloth!

Info and pictures from the crazy speed stacks to come…
Posted by Aimee Weinstein at 6:53 PM 1 comment:

Did you know that today, November 8th, is National Speed Stacking Day? That's right folks! On this day, people across the globe will stack cups for 30 minutes, making the Guinness Book of World Records for the most amount of people stacking cups on one day. You might ask why I know this. Well, I'll tell you.

Speed Stacking is Bailey Weinstein's newest sport adventure. Yes, he literally stacks cups in a particular sequence and competes to see who gets the best time. So he will be part of the world record for 2007 for people who were stacking cups today. In addition, Speed Stacks Japan is putting on an exhibition tournament this Sunday, so Bailey will compete for a world record in his age group. I will be sure to take photos.

Fascinating life we lead, isn't it?
Posted by Aimee Weinstein at 10:12 PM 1 comment: 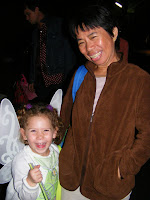 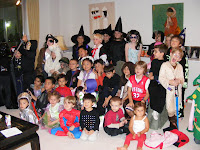 Posted by Aimee Weinstein at 10:45 PM No comments: 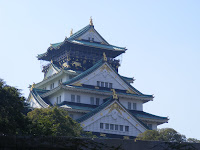 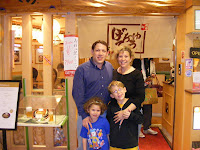 Much love,
Aimee
Posted by Aimee Weinstein at 3:42 PM 1 comment: