Fahrat took my hand coolly when we met and gave me her mysterious smile. She adjusted her yellow head scarf after we shook hands as she was saying it was a pleasure to meet me. She wore a tunic of blue over plain pants that might pass as blue-jeans. Whatever was hiding under the tunic and headscarf, however, was no match for the brilliance of her smile, which belied her age, making her look as young and guileless as a child. In general, she had quiet demeanor, except when talking about her schooling and journey through and beyond secondary education, when she became positively chatty. Her parents wanted better for her, she explained. She is interested in art and history, but is passionate about her required community service project where she teaches young children in the slums of Chitagong. She currently attends Asian University for Women (AUW) located in her home country of Bangladesh, but which caters to underprivileged women from across South and East Asia, women who otherwise would not get post-secondary education.

Fahrat’s fellow AUW student, and fellow Bangladeshi, Pearly, had a wide mouth and dark, glossy hair, which she kept uncovered. Her eyes were frank and curious. Young, only nineteen, and interested in fashion and art, she captivated the young girls she met, who saw her as exotic. She had a harder time convincing her parents to allow her to go to an , but she did it, and she is in the , the pre-freshman placement at AUW that readies the girls for university level curricula.

These two young women were in this week for a fundraiser for their school. The Japan Support Committee for AUW had 300 people at the for a screening of the PBS documentary “Time for School.” Producer Tamara Rosenberg attended and spoke at the event as well. The documentary itself was truly beautiful. The point of it is that it follows seven children in various countries over the twelve years of their schooling – they should be graduating in 2015, the year at which the United Nations and its member countries have pledged to have free basic schooling available to every child. They covered girls from , and and boys from , , and – showing the different school system and the obstacles the children have to overcome. The differences in issues and challenges were startling. One girl walks two hours each way to and from school. One boy deals with drug wars all around him. One girl easily gets to school, but her life is a pressure cooker. The grace and acceptance of these children startles even the most unflappable listener. These kids are determined to get an education, no matter the cost.

And that’s the connection to Fahrat and Pearly. They noted in their speeches last evening, that when you educate a man, you educate a man, but when you educate a woman, you educate a family and a village. These women, even if they don’t go directly back to their home villages, will go out in the world and find a way to give back to their communities. They will have the skills to do things like build a medical clinic, or have an AIDS prevention program. They will be able to direct funds to invest in their country. Both girls note that while some girls want to go directly back to their homes to either teach children or make a direct connection to the communities in which they grew up, all of the girls to a man want to somehow stay connected to their homes and improve the experiences of those younger than they.

This morning, the morning after the big night, my seven-year-old daughter Sydney came into my bathroom as I was getting ready for the day. She watched me carefully apply some mascara and I spritzed her with my perfume when I spritzed myself. Then I knelt down in front of her. I told her about meeting Fahrat and Pearly. I told her that she is lucky and that she has the power to make a difference in the world. Girls’ education is of critical importance in the developing world, but it is also incumbent upon women in my position to make our daughters feel empowered, like they can make a difference in the lives of others. Beyond the financial, my children are born of privilege because they have access to some of the best educational systems in the world. It is not something, I told my young daughter, that she should take for granted. Some girls don’t have what she has. looked at me seriously and promised that she would value her opportunities. I don’t know if she really understood me, but I am positive that this is not the last time we will be having this conversation.

Thank you, Fahrat and Pearly. You have been inspirational to me and my family.

Posted by Aimee Weinstein at 4:47 PM No comments:

To Thailand and Beyond! 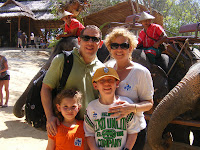 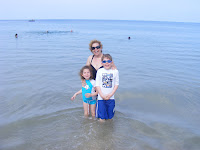 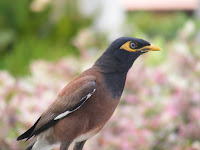 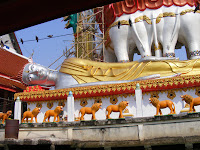 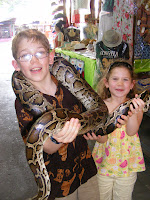 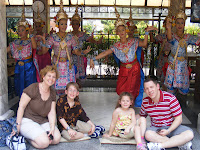 Recently, Marc and I decided to take the kids to Thailand. We spent a day in Bangkok sightseeing around the city and then four days in Phuket relaxing around the pool and the beach. We went on elephant rides, ate great food and met up with wonderful friends. (Some on purpose and some by accident!) You can see my blog posting on the contradictions of Bangkok as a city on my professional blog: Aimee Weinstein, Tokyo Writer. But here are a few photos from the trip that I thought you might enjoy.
Posted by Aimee Weinstein at 4:41 PM No comments: