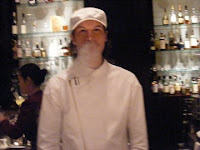 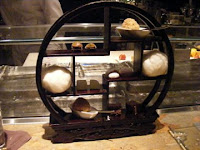 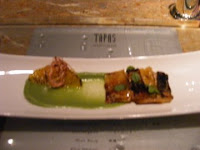 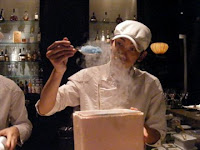 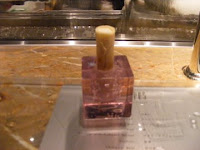 So that was the end of it. When we were chatting during and after the meal, Sora (tri-lingual and ever my guide for Japanese things) noted that frankly, English has a surprisingly small number of words with which to describe food. She said that Japanese has a few more, but not nearly as many as Korean. That also, was interesting to note - think about how you'd like to describe your food next time you eat it! Though each course was small, we left feeling satiated - but not overly full. It was the perfect amount of food and variation of tastes. It was a treat for all of the senses and a never-to-be forgotten night.
Posted by Aimee Weinstein at 12:54 PM